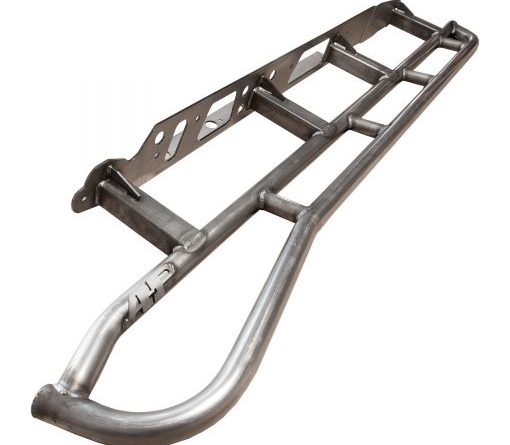 The next modification for Patty’s Tacoma was the addition of rock sliders. After doing some research we decided we wanted bolt on sliders vs. weld on. While I can weld, I was not confident enough in my skills to tackle welding sliders onto the Tacoma’s frame. We settled on All-Pro sliders. You can get them in bare metal or have them powder coated. Wanting to save some money we decided on getting the bare metal and I would paint them myself.

Once the sliders arrived I carried them to my shop and began to prep them for paint. Using some paper towels soaked in mineral spirits I began to wipe off the thin oil covering left behind from the manufacturing process. That’s when I found a sharp metal burr. By found I mean I sliced a gash in my ring finger. Now metal working cuts hurt but add that my hands are covered in mineral spirits and you have a man dancing around the shop speaking in tongues. A couple of hours later I’m back from the hospital with a few stitches, so much for saving some money.

After a couple coats of primer and paint the sliders look great. All of the holes lined up nice

ly and in about an hour I had the sliders installed. At this point they can be used as steps but should not be used to support the truck’s weight. That requires drilling 8 holes in the bottom flange of the Tacoma’s frame rail. For this you need really good drill bits. I started each hole with a ¼” bit then expanded it with a 3/8” bit. Once these bolds are installed the rock sliders are rock solid.

The All-Pro Rock Sliders look great, provide lots of protection as well as jacking points for a high lift jack. Finally they will make getting to the roof rack (yet to be installed) much easier. 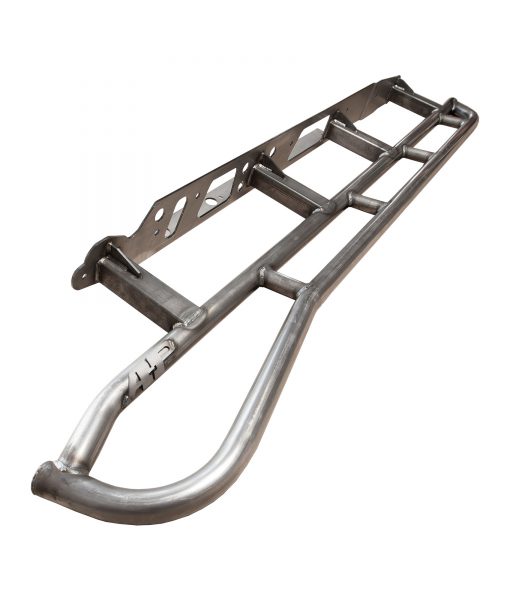 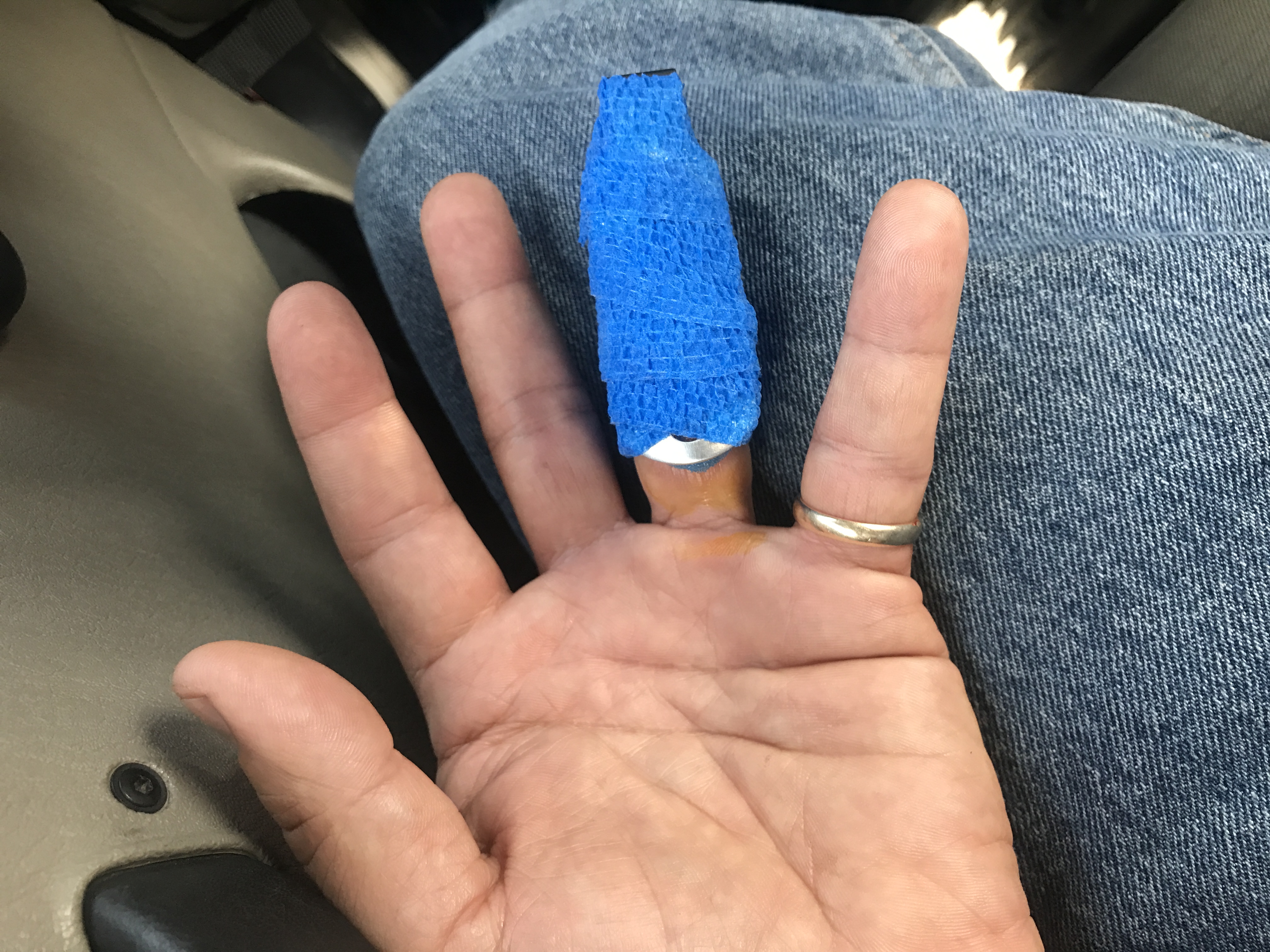 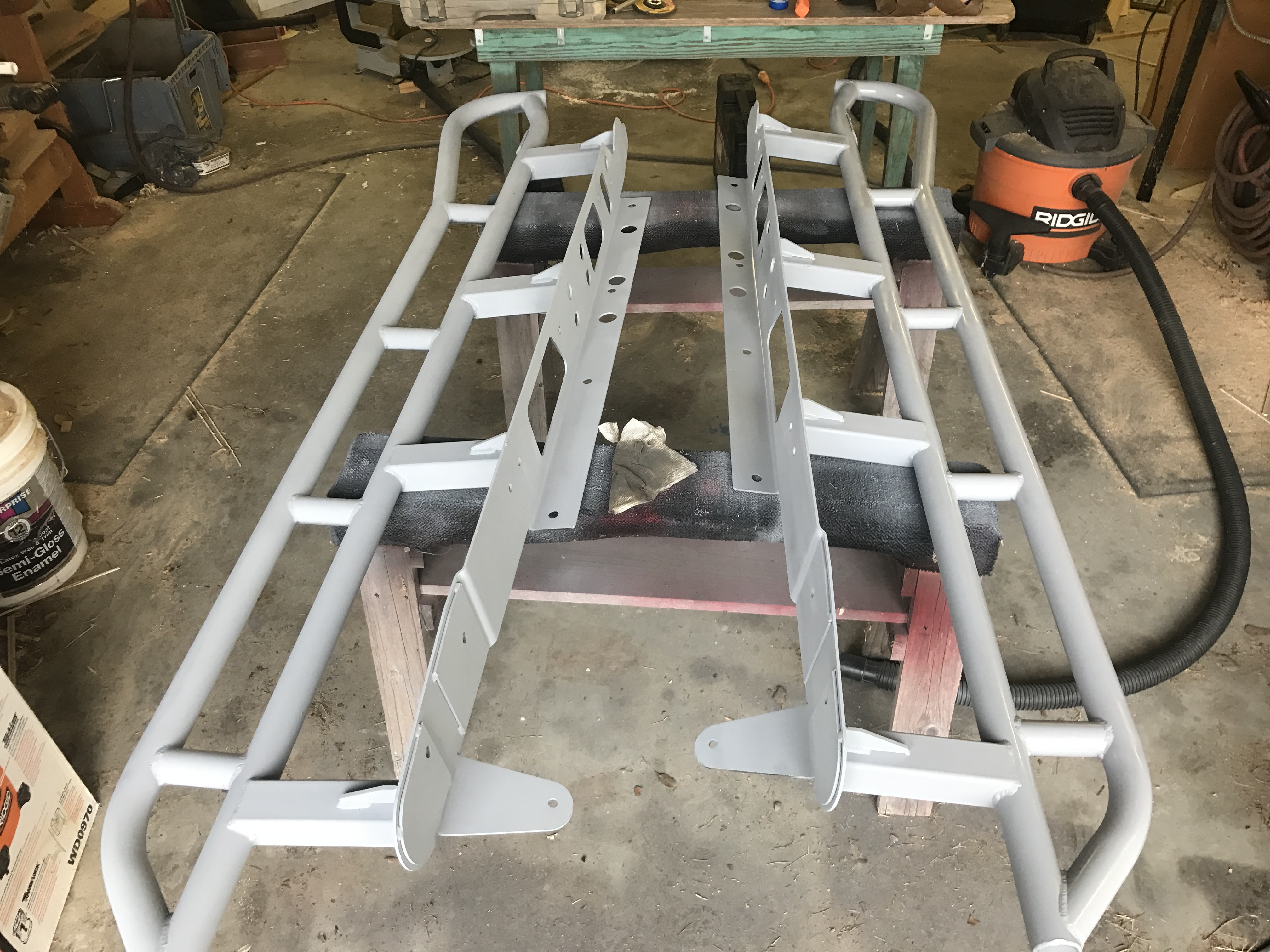 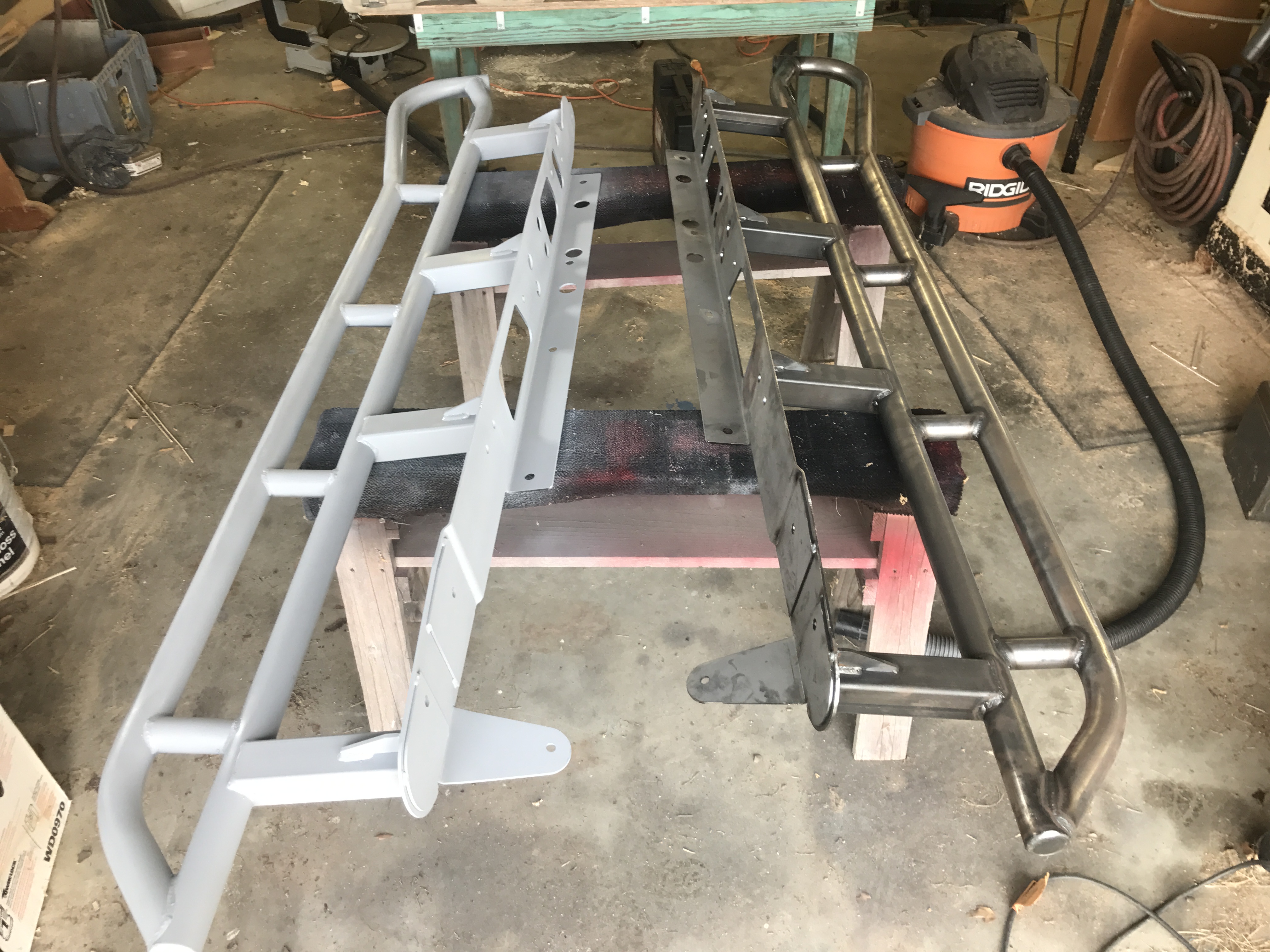 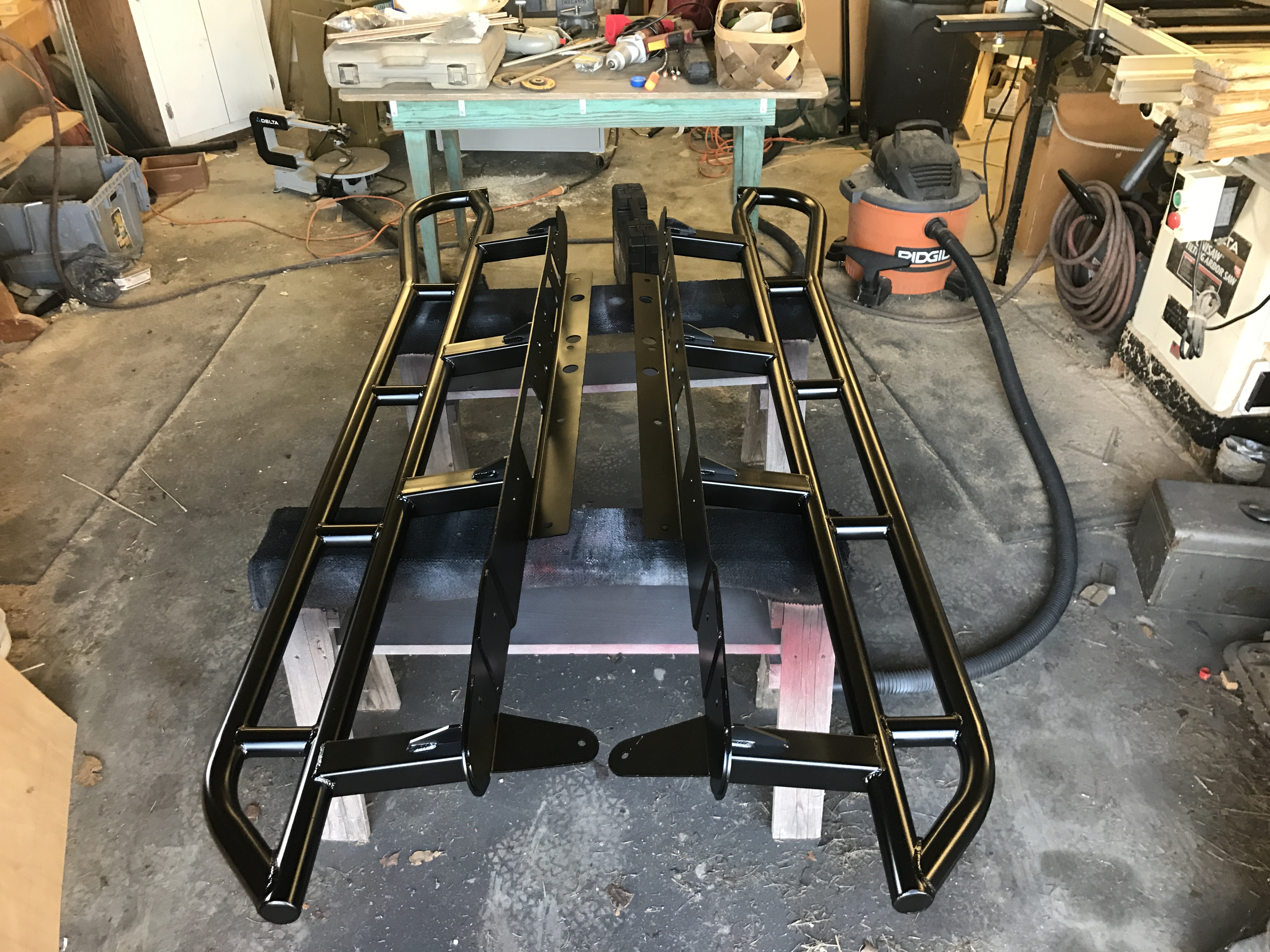